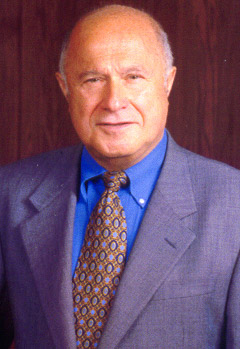 The Foundation is proud to annually award the Leonard Loeb Scholarship to a University of Wisconsin Law School student who demonstrates an interest in family law, as well as outstanding achievement in law school. Recipients of this award should look at Leonard’s career, and the memorials made in tribute to him, as their role model in how family law should be practiced.

Leonard Loeb (1929-2003) served as President of The Foundation, and it was his love for and dedication to the practice of family law and The Foundation that led to this annual scholarship. Leonard began his career in the Air Force Judge Advocates General Corp’s, and went on to build the law firm Loeb & Herman, to serve as Wisconsin State Bar President, and to serve on the ABA Board of Governors, among so many other accomplishments. Of all these accomplishments, the love and protection of family were most important for Leonard. While Leonard continuous love of his chosen profession is evident by the fact that two of his four children both entered the practice of law, the Foundation’s love and affection for Leonard is evident in the creation of this Annual Scholarship in his memory.

*Mike Levy is the first child of an Academy Fellow to win the scholarship.